The Action Team have been working hard to encourage everyone to reduce, reuse, recycle. The children have worked closely with Wendy from Groundwork in order to monitor the litter and waste produced in school and to find ways to reduce it. The Action Team have introduced ‘Waste Free Wednesdays’ where children who bring a waste free packed lunch are awarded stickers. The children also came up with the idea to have an ‘unwanted food items box’ in the dining hall. Children can put unopened food items in the box if they are not going to eat them and these are put outside at home time for friends and family to take. The children also decided to buy recycling bins to put around school and now we can recycle paper, plastic and cardboard that would have previously been thrown away. We have also been collecting fruit peelings, tea bags and vegetable peelings from the school kitchen to put on our compost heap.

The Action Team have held a number of whole school assemblies to ask people to reduce waste and litter in school. The children made up a food waste rap and a recycling song to perform in assembly. Members of Groundwork were so impressed they recorded the songs and taught them to children at other schools.

During ‘Waste Week’ the Action Team asked each class to nominate a waste monitor for their class and now each week a different person in each class takes responsibility to check everyone is remembering to use the recycling bins. During ‘Waste Week’ classes also made models from junk materials which would have previously been thrown away. The Action Team made bird feeders from juice cartons and plastic bottles. 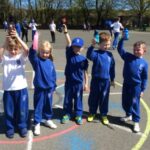 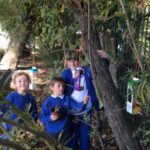 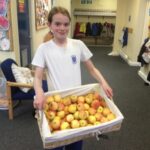 The Action Team also enjoyed visiting Groundwork’s new education center to find out what happens to the rubbish we throw away. They then visited SITA’s Energy from Waste plant in Teesside to find out how waste can be turned into energy. The children were excited to tell the rest of the school all about it in an assembly when they got back to school.